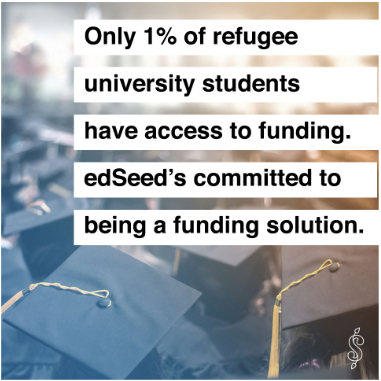 After two decades of philanthropy and working with the most vulnerable youth populations, I have chosen refugee youth higher and continued education as a cause worthy of my attention and support.

Here are the 10 reasons I believe refugee higher education is worthy of your attention and donations this holiday season:

Give the gift of education to refugee youth today
www.edseed.me