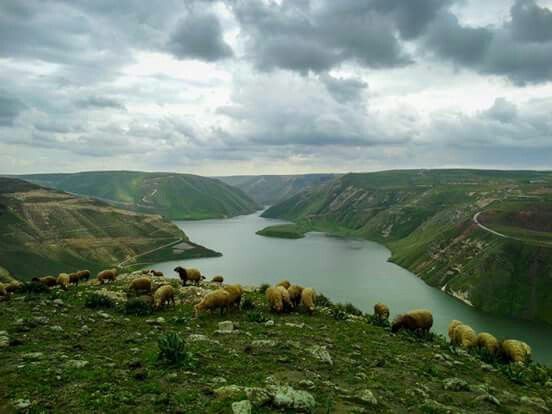 Daraa is one of the Syrian governorates in the south of the country. The entire area is a wide plain so it’s called the Houran plain, and many great civilizations have passed through it over the centuries. Houran is characterised by fertile land; the Romans depended on it to grow their crops and it was called at that time The Kingdom of The Ehraa because of its fertile land and the abundance of crops.

Houran is one of the most important growing regions in Syria, as it is the plain that supplies Syrians with wheat, vegetables, and many other crops. It occupies a primary place in the production of tomatoes and vegetables; in general, this is due to the fertility of its soil and steady rains.

The majority of the residents of the Daraa Governorate are farmers. The region also contains many smaller colleges affiliated with universities in Damascus with many specializations.