The Most Famous Dish in Jordan 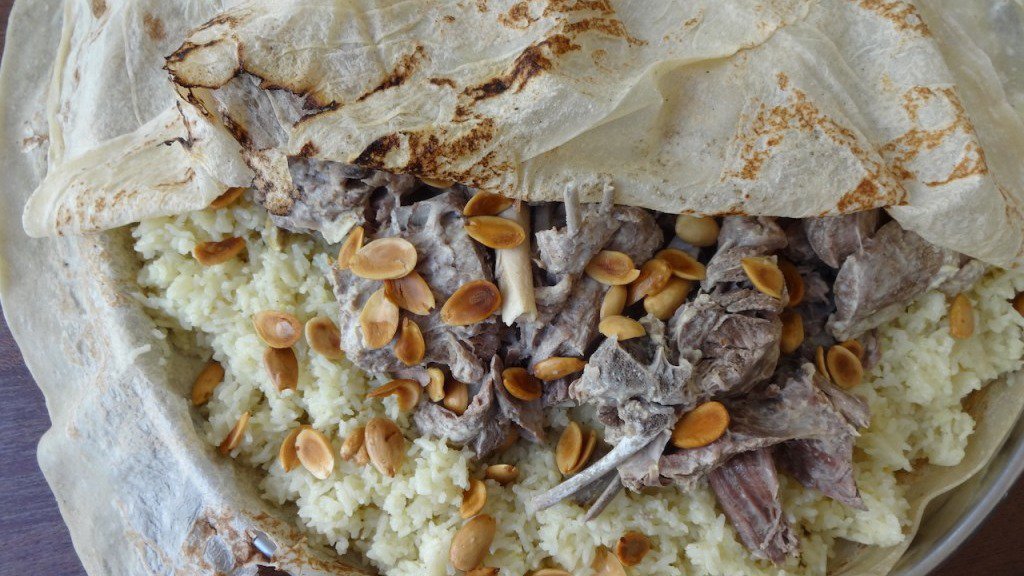 Mansaf is the most distinctive Jordanian dish. It is a traditional food which is served at all occasions, such as weddings, funerals, graduations, and the birth of a new baby. It is also served on holidays; for example, Eid al-Fitr, Eid al-Adha, and national holidays such as the Jordanian Independence Day on May 15. Mansaf consists of lamb or chicken cooked in jameed (similar to buttermilk), and it is served with rice garnished with almonds and pine nuts. This dish is eaten in groups, according to prevailing customs and traditions, where people sit around a table. Mansaf is placed in a large bowl on the table and is eaten with the right hand, with the left hand placed behind the back. After the jameed is poured over the rice, mansaf is eaten in balls, formed with the right hand and placed in the mouth with only three fingers.

When eating mansaf, it is not allowed to let it cool down by blowing on it, even if it is hot. If someone were to blow on the food, this will anger those around them. The way mansaf is eaten is an inherited custom.

Visit my campaign to get to know me