Afamiyah: the City of Old Treasures 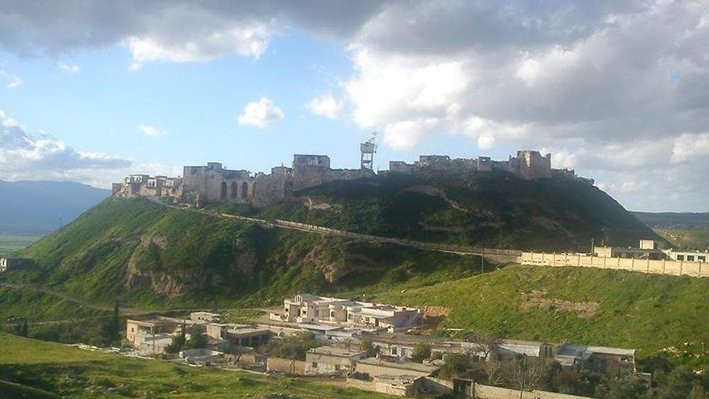 I am Fatema from Hama governorate.

Hama is considered an historical city that dates back to before Christ and is one of the oldest cities in the world. Afamiyah, part of Hama, is nicknamed Abi AlFedaa. It is famous for its water wheels and archeological sites. I was born and raised in this city and I will tell you a little about it.

Afamiyah is located in the northwest section of Hama city and it is called Old Treasure City. It dates back to Hellenistic, Romanian, Byzantine, and Islamic ages which make its buildings a spectacular blend of art from every one of these eras.

The most important buildings are:

Al-Madiq Castle: It is located on a hill, overlooking an area which is today still populated. Qalaat dates back to the pre al-Saluqi era.

Qhan Afamia museum: It is an archeological site in the “Khan of Ottoman” style, and its commercial convoys and pilgrims came from Istanbul Harbour. It was repaired and became a museum in 198‪7 and it is considered one of the most important museums for mosaics.

Roman Theatre: It is the largest Roman theatre existing in Syria and had the capacity to seat 10 thousand people, but it has not been repaired.

My city of Afamiyah features a main street that is 177‪4 meters long and 37.5 meters wide. It has brilliant spiral columns on the sides of the street that were restored to their original beauty. In addition, there are mosques, cathedrals, and many archeological sites found everywhere. These are the reasons why Afamiyah is considered the Old Treasure City of Hama.