Why I Wrote My Book: “Bed Without a Homeland” 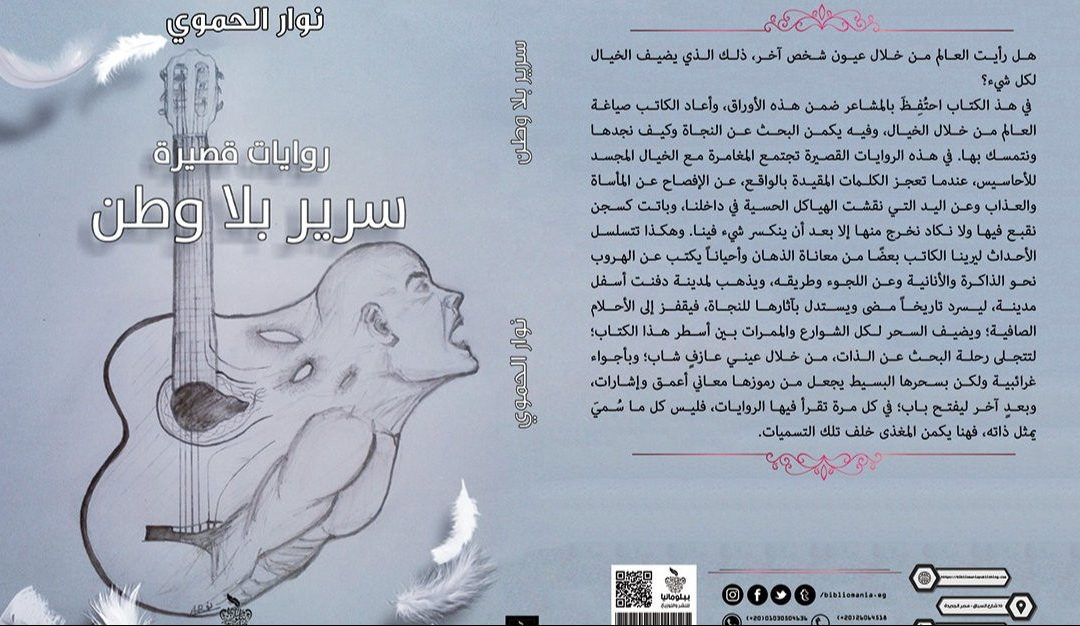 When I painted this painting (the cover of the book) in 2015 in a simple style of
drawing, it gave me the impression of something new, ideas came to me and i
sailed in my ambitions. I asked myself: will I use it in the future to be the
cover of my first album as a musician? Or will it be the cover of my first book
as part of the diary I wrote throughout the last ten years, which has become – because of the war – five large diaries?

After five years and upon my arrival in Germany, I had a lot of free time waiting for the asylum procedure. While studying the
German language, and during the coronavirus crisis, I took the time to complete draft of my book in a better
form. I then decided it would be my first book, and that this painting would be its cover.

An important personal story to tell:

Between 2015 and 2020, I had difficult experiences in Syria, Lebanon, and on my way to Germany. I suffered from the full-force of
burnout, fatigue, and psychological problems that the war forced us to experience alone because we didn’t have the aid of a smuggler. I suffered not only for months, but for eight years during the Syrian war and throughout my adjustment between Syria and
Lebanon. My book is in part a testimony to the changes taking place in the souls of people in
these areas during intermittent visits to my home city inside Syria.

During this prolonged suffering and experience of troubling psychological states, I would frequently search the Internet to research
these conditions in myself and others. What also helped was my work in the field of psychosocial support in Lebanon and
through my conversations with many Syrian and Lebanese families. And even before that, my volunteer work in distributing humanitarian aid to the displaced inside Syria with the Aga Khan Foundation and other local organizations, and hearing their own stories helped me with my own journey to maintain my own mental health.

As a result, I found many ways to overcome all these challenging periods with minimal negative psychological effects. Starting a
new stage of my life in Germany was therefore less difficult than my previous period.

I could not tell my friends everything along the way, how I got out of Syria to Lebanon, or about my musical path
to major performance halls in the largest cities of Germany and Europe. This book is my way of finally telling my story.

Helping others: I still have a constant passion for helping others starting with my volunteer work in Syria for three years in a religious institution in
Salamiyah, alongside a team dedicated to improving the quality of life in that city. I also worked for a year at the Aga Khan Foundation, helping to fill out forms with the data entry team for the displaced from other affected areas. I then volunteered for a year and eight months among the humanitarian organizations that are concerned with the affairs of refugee children in Lebanon.

In addition to the aforementioned, I am continuing my volunteer work since March of this year with edSeed as a mentor for one of the students.

Here I am: I firmly believe that this book will help others by presenting the experiences that I have had, as well as my attempt to lay the foundations for the psychological problems that I experienced along with the solutions and treatments that were the most helpful as narrated through my personal stories. I do not claim to be a psychiatrist; rather, I was mainly interested in things that affected me personally as well as the solutions that I heard from others, that worked for me, that I documented in this book, and that I hope will help others with similar experiences. Perhaps my stories will be a way for the reader to survive, or to help them to understand why they should accept refugees and what they suffer behind the outward appearance of a body that may appear healthy but that may be suffering inside.

Psychological and historical documentation by leaving a legacy: With this book I hope to document a small part of history: a psychological history of the suffering of so many people like me who went through several psychological stages as a result of the war in Syria, and after leaving their homeland behind.

Catharsis through writing: Writing served to help me understand more about myself and the feelings of others, and I have shed many tears
while writing and rewriting the draft many times. It was therapy for me.

In the future: I will provide detailed blogs that talk about the narratives in the book and why I wrote them. I hope that my book will be translated into other languages such as English and German, and I have so many more ideas to write about in the future.

If you would like to buy my book, it is available on Google and Amazon.

And please visit my