Dressing in Syria is more than what we recognize as ordinary outfits. 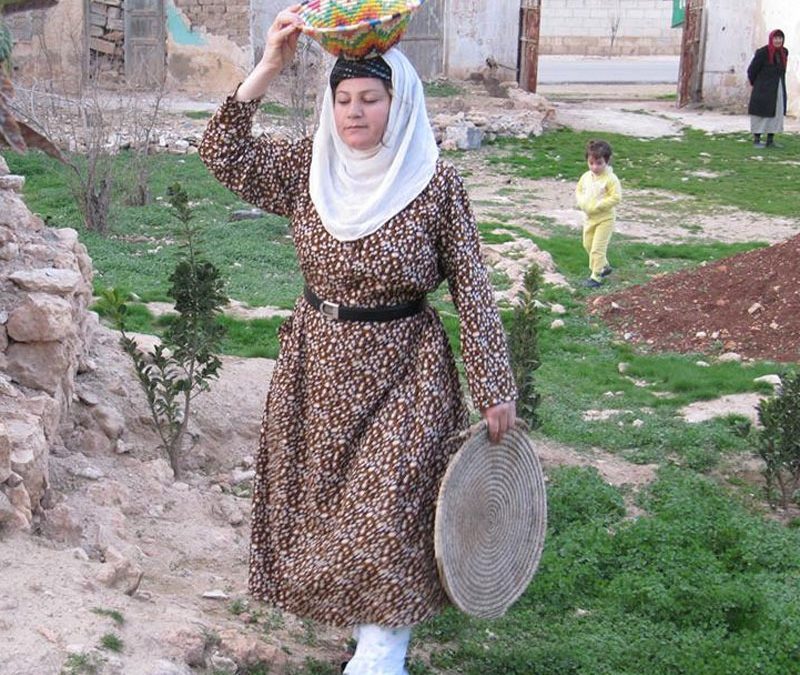 Dressing customs in the Levant, especially in Syria, have some similarities across all countries in this region. In Syria, because of traditional dress, we can easily recognize where people come from and whether they live in cities or the countryside.

As a countryside person, I always remember the clothes of my aunts and elderly women who cling closely to our traditions back to the earlier part of the 20th century. The villagers tend to admire the loose clothes which enable them to move freely, and this is what I always recognize as a psychological reflection of the land and of one’s personality.

What I admire a lot about women’s dignified dressing is that it reflects simplicity in color and the combination of garments with each other and with respect to both tradition and religion.

Women tend to wear long silk dresses and they surrounded their waist with a velvet band. From the back, the band goes up to the head where it is finally twisted around their hair to form a scarf. This scarf can have several decorations like a golden metal chain. Some women also support the headscarf with a Keffiyeh that adds a more colorful touch.

What distinguishes the velvet band is that it can perform the role of a purse that can hold everything from money, papers, gum for kids, and all kind of things that purses may hold.

The quality of velvet can vary such as English velvet or Indian velvet. When a special event takes place such as a wedding, the competition between women shows pride in their silk dress or the quality of velvet. Young girls also share the same custom but with more colorful variations. An example is the Alshaal, which is another type of scarf that fits easily on the head but not covering all of it. This is because the young women count on men’s shyness in not staring at them during their walks on the street. 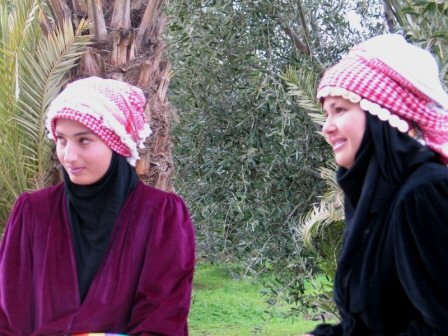 Men also tend not to dress in plain garments; the Jellabiya tends to be the most common dress among all men. In addition, the fundamental part of all men’s outfits is the Keffiyeh (Ghutrah ) and the Agal , set upon the ghutrah. Some men prefer not to wear the Jellabiya; rather, they are fans of the Shirwal(Sirwal) which looks like very wide pants but not like modern pants.

Typically, the Shirwal is wide in the hip area and increasingly comfortable and tight down to the heel area. A special band is used to tie the Shirwal called an Alseer, which is more or less like the band that the women use but tends not to be made of velvet. Along with the Shirwal, the upper part of the body is covered with a shirt and jacket.

In general, all men share the same components of the conventional dress but the quality of the apparel is not the same depending on the person’s financial state. If someone comes from the city to the countryside they will be immediately recognized and all the villagers would know that a stranger has come from the city. In the 1950s, you would be a very silly man if you wore jeans or a tie in the Syrian countryside.

Finally, the Agal has a very respectful status in Syria. It is not just a piece of fabric on men’s heads. For example, when a catastrophic event takes place, like the death of a beloved one, men take off their Agel and lower their theirs head as a sign of how serious the event is.