The Fez Throughout History 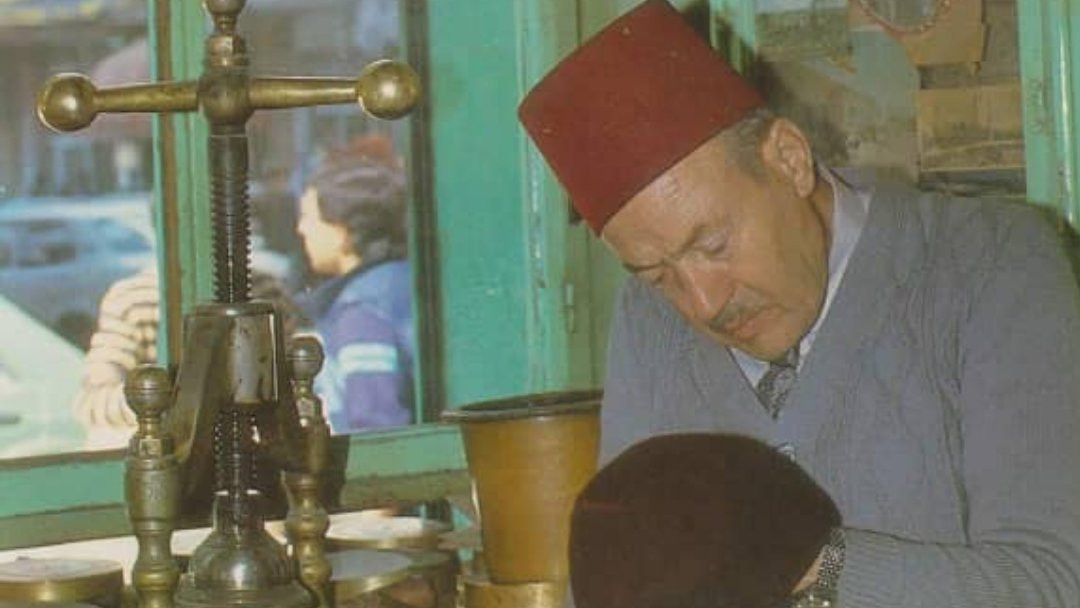 The fez, or tarboush as it is called in the Levant (Syria, Lebanon, Palestine, and Jordan) is also called “سر بوشش دادن” in Persian, which means headdress. This flat-topped men’s hat is red, cone-shaped, made out of felt, and topped with a tassel.
Some sources say the tarboush industry began 400 years ago in Greece and Albania and others say that it began in Morocco in the city of Fes in the early 19th century. In Libya, Tunisia, Morocco, and Algeria the name has changed and this hat is now called the shasheia. This unique style of headdress moved to the Levant and Egypt during the Ottoman Empire. The tarboush became an essential part of the uniform of employees in the Ottoman Empire after Sultan Mahmoud II Ferman proclaimed it as an official head cover. It remained part of the government uniform in Arab countries until the end of the 20th century and was worn by presidents and officials of the state as well as the general public.
The tarboush industry is an inherited profession in Arab countries that parents pass down to their children. Its production is considered difficult and high-precision as it requires many stages, and today very few people have inherited and carry on this trade.
One of the things mentioned in the history of Syria is that the Syrian Prime Minister Fares al-Khoury went to buy a tarboush, but he had a very big head and spent a lot of time until he found a suitable tarboush. But the price was very high, so al-Khoury asked the hat maker why the tarboush was so expensive. The owner replied, “Sir, if you look at the whole market you will find that only this tarboush can accommodate your head. Faris al-Khoury replied, “I tell you, sir, if you were looking in all of Syria, you would not have found a head that would suit this tarboush.”

Nowadays, wearing a tarboush has become less popular in the Levant, though there are still people such as minstrels who wear it as well as people who work in historical places to attract tourists. In Morocco, however, the tarboush is still a part of everyday dress. Most people in the Levant feel we should preserve its industry because it is an integral part of our heritage.