The story of “The King’s Daughter’s Bed” in the ancient city of Bosra Al-Sham, Syria 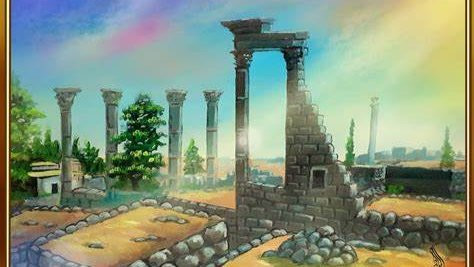 The bed of the daughter of an ancient king, origin of a famous story in the ancient city of Bosra, is part of the most important archaeological site in the city and around the citadel. This edifice is characterized by intricate stone carvings and decorations, which highlight masterful artistic sculpture.

Once upon a time in the Kingdom of Bosra in the land of the Levant, a fortune-teller had told the king that his only daughter, for whom the king had devoted his life, would die on her twentieth birthday from a scorpion’s sting, so the king had no choice but to order a bed that would be built high in the air, at the maximum height that the ability of the most skilled builders could reach.

The slaves would lift food and drink to the king’s daughter with ropes, and on the foretold day they raised a basket of fruit to her, in which a scorpion was hidden under a cluster of green grapes. It stung her and she died.