What If Syria Disappears? 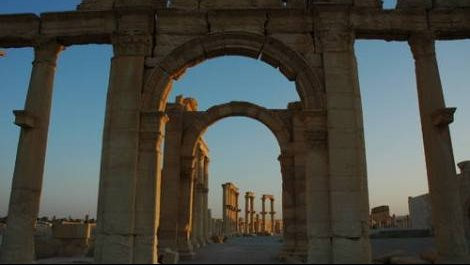 If Syria disappears, Lebanon will disappear with it, since Syria and Lebanon are basically one country separated by the French occupation. If Syria disappears, one of the oldest capitals of the world, Damascus, which appeared before 9,000 BC and was mentioned in almost all ancient civilizations such as Pharaonic and Assyrian, would disappear. If Syria disappears, where would the capital of the Umayyad state in 661 AD be or where would the capital of Arab culture in 2008 be? Syria is a refuge for many different races and ethnicities, and with over 30 sects this diversity has created educated people of different cultures who know the true meaning of coexistence and respect for each other. This makes Syria different than other country in the Arab world. If Syria disappears, small but very important cities such as Bosra al-Sham, the city with the oldest and most important theatres in the world, will disappear. The Roman theater built in the 12th century, a visual cathedral built in 512 considered to be the first Christian building to appear in the form of a dome, would also disappear. If Syria disappears, the largest and oldest mosque, the Umayyad mosque, in Damascus will disappear with it, and despite all the circumstances that Syria has been going through, this mosque has survived intact for more than 1000 years. If Syria disappears, one of the most important monuments will disappear, the Great Roman Pillar Street in Palmyra. Syria is not a country drawn on the map, Syria has a past that embodies the history of mankind, a present that predicts the conscience of the world, and a future to be determined by its brave, intelligent and wonderful people.