The Madness of Chemistry 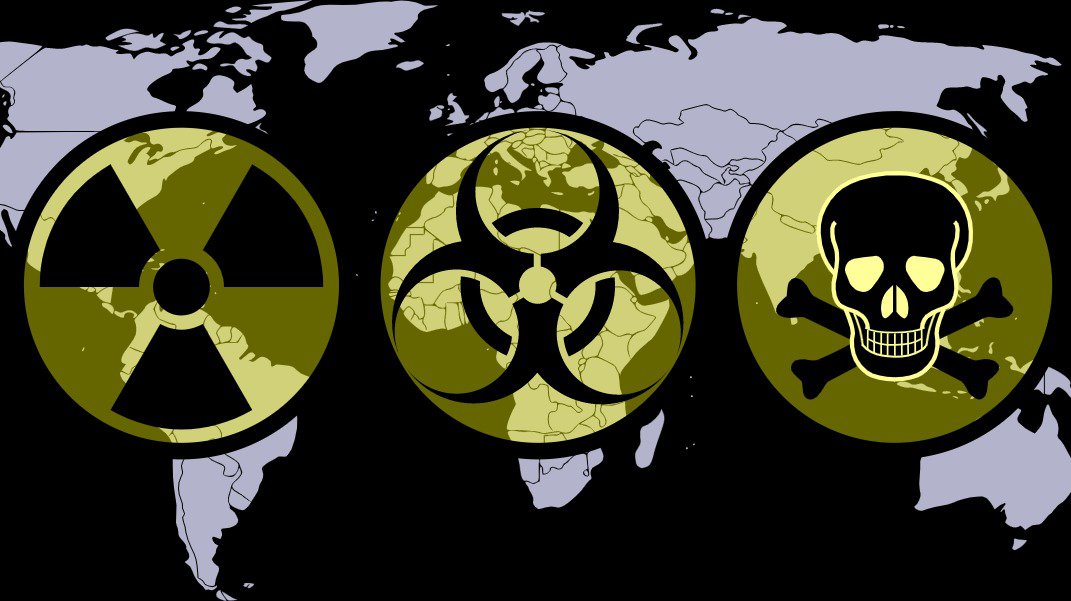 The Madness of chemistry.

Conflicts in this world never stop, especially when their goal is to gain power or make money. For as long as there have been humans on this Earth, there have been conflicts between them, and every conflict has a cause. Some conflicts are a power struggle and others arise out of hatred.

Conflicts increased after the development of science and modern chemistry, which the world has misused. Instead of using them as a means to save humanity, they have also been used as a means to destroy living organisms.

How do chemicals harm living things? By using toxic chemical warfare, these dangerous compounds kill or harm living organisms by their coming into contact with or inhaling these substances.

Types of chemicals used as weapons

Gaseous and rapidly evaporating liquids that are rarely in a solid-state.

How are the chemicals released?

Usually, chemicals are released into the air or onto the ground, either by direct spraying by aircraft at low altitude or by placing them in munitions in the form of bombs or shells. Often the toxic materials are placed into lead or porcelain containers so that they do not interact with the explosive materials. They may also be placed within the shell wall of a bomb, and after the shell explodes, the chemicals rise in the form of fumes, causing mass death.

What are chemical weapons?

The term chemical weapon is used for weapons that contain toxic chemicals with the aim of causing damage on a large scale, given the fact that 15 tons of chemical weapons are capable of killing 50% of living organisms in an area of 60 square kilometers.

What is the danger of a chemical weapon?

The amount of damage caused by chemical gases varies according to the type of chemical used, so these substances have been divided into four main types:

1] Choking agents: These are gases that hinder the breathing process through the tumors they cause in the membranes of the respiratory system. These gases cause a suffocation process that leads to death due to the damage they inflict on the lungs.

2] Blood agents: These are gases that circulate within the blood and lead to disruption of the body’s internal systems.

3] Blister agents: These are gases that have a long-term effect as they cause swelling of the skin and mucous membranes in the body accompanied by severe pain and ulcers in various parts of the body.

4] Nerve gases: These are gases that affect the nervous system, causing death minutes or hours after exposure. They are either volatile G Agents, the most dangerous of which are Sarin, Soman, and Tabun gas, or more stable substances that kill after being absorbed by the skin. These are called V agents and the most dangerous type is VX.

Do chemical weapons have an effect on the environment?  Yes, they have wide effects, as there are types of gases, some of which vaporize into the atmosphere, such as chlorine and phosgene, and some that remain in the ground for periods of up to weeks, such as mustard gas and VX, causing great danger to living organisms.

How do we reduce the risk of these gases?

To prevent harm from these dangerous gases, people must wear special clothing such as a mask and special shoes to prevent them from seeping into the skin. When these gases are released, people must go to safe places upwind, and the injured must be quickly transported to safety, placed in warm places, and provided with oxygen to help them breathe. No painkillers, food, or drink should be given to those affected by these gases. If these gases come into contact with the skin, then wash the area that touched the gases with hot, soapy water.