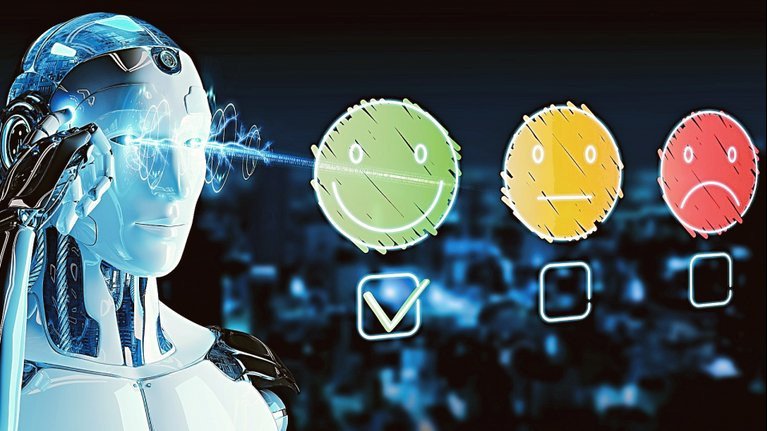 Throughout history, humans have searched for an invention that could mimic the human mind and its thinking pattern. During this time, artificial intelligence was only present in science fiction and appeared as the invention that would change the face of the world positively and end many difficult manifestations of physical and mental effort. On the other hand, AI appeared in alternative viewpoints as the enemy that would end the human work flow of certain industries, leading to unemployment for millions of workers as it began to control the future.

“…the science and engineering of making intelligent machines, especially intelligent computer programs. It is related to the similar task of using computers to understand human intelligence, but AI does not have to confine itself to methods that are biologically observable.”

Some experts believe that artificial intelligence could help psychiatrists diagnose mental illnesses and problems. The journal “JAMA Psychiatry” published a new study demonstrating the use of machine learning along with human clinicians to successfully predict mental illnesses, including psychosis.

“This algorithm enables us to improve the prevention of psychosis, especially in young patients at high risk or with emerging depression, and to intervene in a more targeted and well-timed manner”.

Researchers from the University of Alberta in Canada said it is now possible to analyze the tone of a person’s voice during speech and determine whether he is suffering from depression. The researchers developed a new technique that relies on several algorithmic equations of artificial learning mechanisms to more accurately identify cases of depression by analyzing voice pitches, based on a set of criteria for periods ranging between five and fifty minutes.

Moreover, researchers from Stanford University relied on faces and voices to detect depression with better accuracy. They used video samples of both affected and unaffected people and fed them into artificial intelligence algorithms. Their model was able to achieve an accuracy of over 80%. [MIT Technology Review]

Researchers and experts have not stopped at diagnosing mental illnesses but are working on predicting them up to two years before they occur with accuracy reaching 80-90%. One of the most dangerous emotional problems facing society today is the increase in suicides due to stress and psychological disorders, especially among young people.

Therefore, South Korea has been working to develop algorithms that can predict suicides before they occur on bridges. Researchers at the institute pointed out that although it is difficult to determine this in human monitoring processes, the artificial intelligence system they are developing learns behavior patterns by analyzing data from cameras and sensors. (Rescue service dispatch records from April 2020)

The principal researcher on the project, Kim Joon-Chul, said that based on information and several hours of footage from CCTV cameras and evaluating details such as the frequency of the person standing on the bridge, AI can anticipate the dangerous situation and immediately alert rescue teams. [ Seoul using AI to detect and prevent suicide attempts on bridges ]

After achieving success in diagnosing post-traumatic stress disorder based on the tone of voice and other data related to this condition, experts went to work on its treatment. Researchers found through a brain training test that they were able to reduce fear memory by using a “neural feedback” method, which enabled them to control brain activity in the area known as the amygdala, the center of fear in the brain.

A few neuroscientists in the USA and Japan found a method called “decoded neurofeedback” in which they can utilize a combination of AI and brain checks to either imitate fear or invoke frightful recollections. They found out that when individuals are exposed to certain images made by AI picture acknowledgment and are given low-voltage power at interims calculated by AI, they can be made to relate such pictures with an electric stun, and consequently would be anxious about such a picture. Afterward, if they are suffering from traumatic memory and are given a few bursts of electricity via AI as they are exposed to the picture, they tend to lose their fear of that memory.

I believe that technology in general and artificial intelligence in particular, have an effect on the lives of refugees and those affected by conflicts. It will have an impact on the educational side as well as psychologically, as it is possible to benefit from its techniques in diagnosing the disorders that children or women have been exposed to as a result of the acts of violence used against them.

I think that having a smart machine that can listen to the patient and diagnose his condition and give him solutions in some cases will increase people’s confidence and comfort towards psychological treatment, especially since we still suffer, especially in our Arab countries, from a perception that mental illness is shameful and cannot be shared with anyone.

There are many applications and projects that can be used in this field, but they still need study and planning to be eligible for use on the ground, especially since the link between AI and psychology is still under development as it is the most complex of disciplines. However, the most important thing we need to work on is introducing the concepts of artificial intelligence into our societies, and increasing their confidence in using the machine in diagnosis and treatment, in order to be ready for this smart future and ready to welcome its tools.