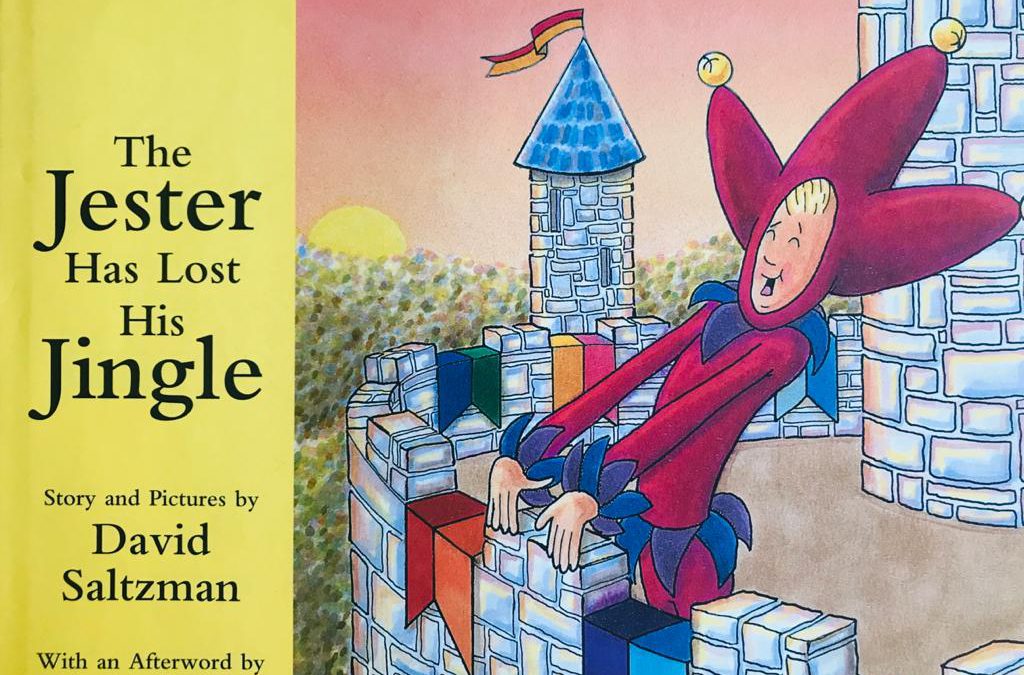 I received a book in the mail: The Jester Has Lost His Jingle. The box had no sender.
It was a children’s book… I sat down to read it. It did not take me long to find out who sent it: my dear friend Rama Chakaki.
The books we like define us.

This is how the story goes:
Once upon a time, a king had a jester who could no longer make him laugh. The king got angry with the jester and banished him from his Court. The jester was so sad. He thought he ran out of tricks that made people laugh. He set out on a journey to look for laughter, which he thought he lost. He left no stone unturned. Having searched near and far, he eventually discovered that laughter is hiding it in the most unlikely places: within ourselves… We just need to look hard enough inside us to let it out.
Rama’s trade was not laughter. It was IT. Her hallmark has been social justice.
Rama Chakaki had the proper ingredients of a stellar career: professionalism, creativity, dedication, and perseverance.

Like the jester, she looked for jingles in unfamiliar places.
Rama knew that there was something wrong
And like the Jester, she felt
“That the world is for sure sick”
That she must find the road to “justice”
And on that road, she must act real quick
So off she went, she saw wars and displacement
She saw young people dreaming of a better day,
They have no Job
They have no money
But for a brighter future
She must pave their way

Rama lost her jingles in the lights and skyscrapers of a wealthy Arab city and decided to come back home to find them; she looked in the dust and rubble of war-torn Palestine, Syria, Yemen, and Iraq, and thought that something was very wrong.
Rama did not wait for the corporate world to declare her “tingle-less” and jingle-less”. She un-plucked herself from her comfort zone and began a crusade to make things better.
Rama got there after five defining moments in her life.

Rama overcame many health challenges to make a wish of a double amputee Palestinian kid from Gaza come true. He wanted to scuba dive. Having worked on fitting him with prosthesis, she became a scuba diving instructor and took him scuba diving. Khalil’s campaign raised over $1,000,000 for the PCRF. Later on, amputee young men and women like Khalil joined PCRF/Ibrahim Nasralla on a hike to Kilimanjaro that raised $350,000 and more for Palestinian children in Gaza.
Rama’s second defining moment was visiting the Refugee camps in Lebanon. The amount of misery and the precariousness of like in the camps would haunt her. She could not go back to life in a manicured city and pretend that all is well. She had to do something about it.
Rama shared her doubts about her life’s calling and career with Anas Jaber, a friend at work. Volunteering at the center for special needs gave her life a different twist. His answer was short: “ إذا أردت أن تعرف مقامك فانظر فيما أقامك”.

“ If you want to know your true calling in life, look hard at where life has taken you. It is showing you the way”. Rama took that to mean, “be the change you wish to see in the world”. She was inching closer towards a decision that would change her life and the lives of others.
Rama tried to incorporate social impact into her job but her attempts fell on deaf ears. With a tongue in cheek, she was called the Mother Teresa of the IT world in the Arab Gulf. This was the straw that got the Camel to begin an amazing journey and move on.
Rama’s health challenges played a role in her career decisions. She experienced trying moments accentuated by the debilitating untimely loss of her father. She decided to make the best use of her life. She had to live up to her dad’s – and by extension her own vision of humanity. Rama’s parents were dedicated to helping others. They for sure defined who she was and were the models she lived by.

The world is a cruel place, filled with pain and tears
And random acts of kindness won’t make them disappear.
Rama came to the UN and before a world court of education experts, she spoke about a dream.
To bring education to those who have the right to learn they would reach no further than a portable machine
Fill in their name, reach out to strangers and that would be a changing game
Dreams are seedlings waiting to sprout
Here comes edSeed to push them right out.
The Jester found Her Jingles
And went on to paint rainbows when the VIP.fund saw the light.