A Latin Drink in Syrian Lands!! 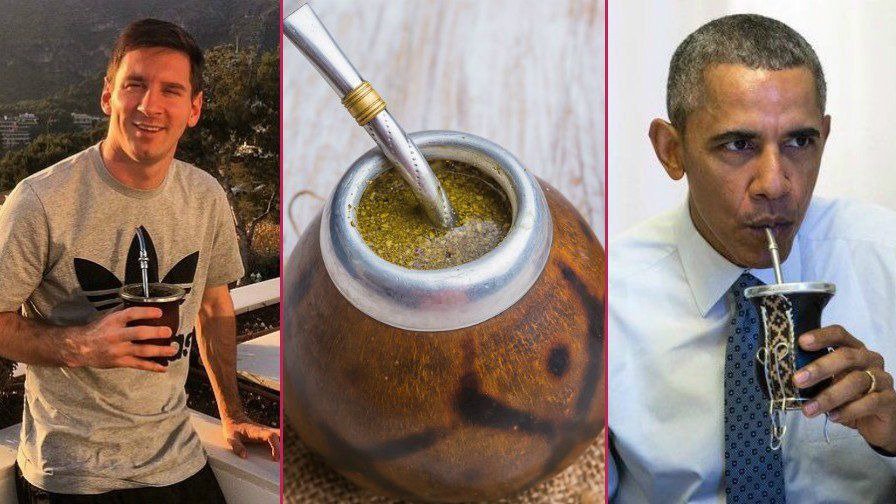 A Latin Drink in Syrian Lands

You may wonder if someone asks you, what is a common tradition between someone in South America and another one curled up on the sofa in Homs city, Syria?

Well, it is neither a Barcelona fan nor someone obsessed with Lionel Messi. It is only one plant consumed widely in both regions, not like tea or coffee.

Yerba mate or yerba-maté is a South American plant growing in the wild that is about 15 meters tall. The leaves are often called yerba (Spanish)
or erva (Portuguese), both of which mean “grass or herb.”

This drink became popular in South America thanks to 19th-century Syrian immigrants who had made maté very well known in the Middle East. In general, all Syrians and Lebanese know maté, but its consumption is largely concentrated in Homs, Hama, and Lebanese mountains towns. What makes it different from other hot beverages is that it needs some special equipment like a Bombilla  (drinking straw) and a small cup
made of a calabash gourd.

The preparation of maté needs some precise steps, first filling the hollow gourd, up to three-quarters full of leaves, and filling it up with water at a temperature of 70–80 °C (hot but not boiling). Sugar may or may not be added. Drinking maté tends to be a social practice with friends and family members. The one who takes the maté gourd from the brewer takes some mouthfuls using the Bombilla, then it is handed back to the brewer with thanks; the brewer then fills the hollow gourd again and passes it to another person. In my hometown, Al-Qusayr, some of us may say ‘Gracias’ or ‘Gracia’ which is a Latin word meaning ‘Thanks’ to express that you do not need any more maté. This type of thanking custom derived from the old Syrian immigrants who brought some Spanish words to their native Arabic language.

Maté also has positive health impacts. Related research has found that maté may improve allergy symptoms and reduce the risk of diabetes mellitus and high blood sugar in mice. It also may have a noticeable impact on weight loss, mood-improvment, and foster deep sleep.

In Syria, drinking maté is linked with the discussion of a family’s affairs since it promotes collaboration and conversation between all family members. If you want great feedback about yerba maté, you may ask either Barack Obama or Lionel Messi about their experience with it.  😉